The new flighty girls are merged in with a small group of 2-year olds. They are so light that I've decided to keep them separated so I can work Beau on them. This will build confidence and will "dog break" these ewes who may not have seen a herding dog before? They are all meshed in with the group of 3 I put them in with. Funny thing...you can tell these ewes are from a range flock. They really don't graze, per se. They much prefer hay or to browse. Our pastures are so nice, there isn't a lot of "browse" except for weeds once we get drier later in the season. Funny how different breeds like different stuff to eat. 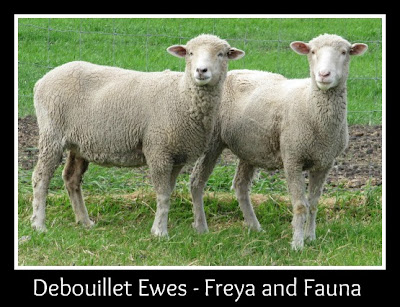 Posted by Jami at 9:38 PM No comments: Links to this post

I wrote about Stella a few posts back. Sadly, Stella was killed last week by a cougar. Another lamb is completely poof. We did find Stella's body. She probably had a quick demise, which is all you can ask for when this sort of thing happens. Sampson and the dogs were carrying on like crazy late last Saturday night (2 Saturdays ago now actually) and we shushed them in no uncertain terms....like "shut UPPPPP!" Two grumpy shepherds wanted their sleep. We thought feral domestic variety cats were fighting and heard yowling but it didn't sound like BIG yowling. Ya know? Won't be ignoring a "little cat fight" outside again, let me tell you.

It was a cougar! How do we know? The mechanism of kill for one thing. You can read all about predation and kill mechanisms here

Secondly, the neighbor called us about 6 weeks ago saying their dogs treed a cougar across the irrigation canal from our property, so it probably scoped out the smorgasbord we supply here on the sheep farm. We were on the lookout for a couple of weeks after that sighting but we got lazy....as happens to two old shepherds who want their sleep again now that lambing is over

So, we are again on the lookout. Things have been quiet for the past week. Did hear the usual coyotes calls last night which the dogs love to join in and sing. Beau has a tendency to have this really high-pitch baby bark anyhow...the most annoying, silly thing ever. You want to put him in a diaper or something. LOL!

Over and out for now.

Posted by Jami at 9:30 AM No comments: Links to this post 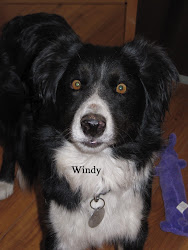 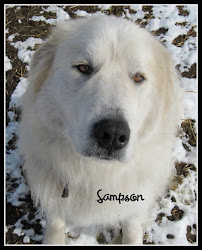 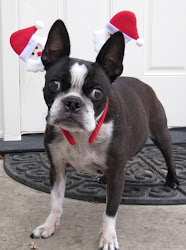